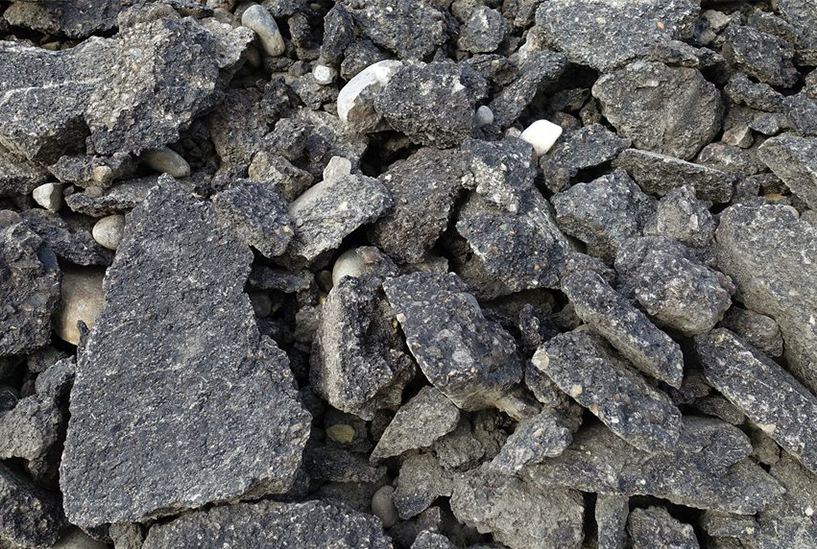 By reusing the asphalt binder in the Recycled Asphalt Pavement (RAP), it is possible to consume less virgin binder which conserves petroleum. Likewise, the reuse of aggregate allows for less mining. Currently, there are about 18 billion tons of asphalt mixtures in U.S. roadways. Virtually all of this material is available for future generations to use. By using RAP instead of discarding it into landfills, we save about 48 million cubic yards of landfill space a year. That is enough to fill more than 12 Dallas Cowboys Stadiums.

Milling the surfaces of pavements that need overlays is the primary source of RAP. A milling machine takes up the old surface by grinding it off and depositing the material into a dump truck for transport back to the plant. At the plant, the RAP may undergo sizing (fractionating) and further processing (screening) to get it to the right gradation for various mixtures. RAP is stored in stockpiles until it is needed.

Treat processed RAP (fractionated and screen to size) as you would virgin aggregate. Stockpile RAP at the asphalt plant on a paved surface to help drain moisture away from the loading face.  Test RAP regularly for moisture, gradation, asphalt content, and deleterious material. If at all possible cover your RAP stockpile to prevent moisture as RAP and moisture do not go together very well.